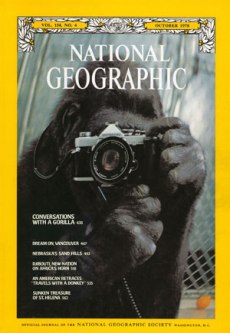 In 1999, PBS released a Nature documentary called “A Conversation with Koko”—a feature all about the story of a Western Lowland gorilla named Koko and the primary researcher behind the communication efforts, Dr. Penny Patterson. Dr. Patterson had begun teaching sign language to Koko all the way back in the 1970’s and was still working with her and two other gorillas on a daily basis. Through their unique abilities, the gorillas were able to share their personalities in a way few animals can, and it was fascinating to watch their progression from their first three signs “eat,” “drink,” and “more” to thousands of complex words and phrases. END_OF_DOCUMENT_TOKEN_TO_BE_REPLACED

Ever catch yourself staring out the window, perhaps at 2:15 on a Tuesday, only to realize you’re not really looking at the trees and traffic outside? Perhaps you’re really looking at the ruins of an old Irish castle, hauntingly beautiful in its age and surrounded by rolling green hills. Or perhaps you’re exploring the streets of a small Hungarian village—not understanding a single word around, but overjoyed by the new experience of cobblestone under your feet and the inviting smells from bakeries and little restaurants. Or maybe you’re lounging in a chair under a palm tree, toes in the sand, and watching the brilliant turquoise of ocean water gently roll up the beach and back.

If any of this rings a proverbial bell, you, my friend, might have wanderlust. Especially if this desire to travel and explore is intense, and you’re willing to work with whatever budget you have, the tourism industry would define you as a wanderluster. END_OF_DOCUMENT_TOKEN_TO_BE_REPLACED

Next week, on August 22nd, a very special little guy named Bei Bei will have his first birthday. Bei Bei is a giant panda, Ailuropoda melanoleuca, who lives at the National Zoo, as do his parents Tian Tian and Mei Xiang and his sister Bao Bao. In honor of his upcoming birthday, can we just take a moment to appreciate some panda? 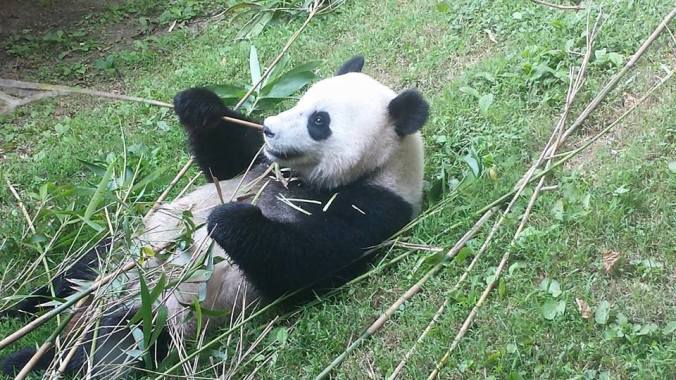 She’s laying down to eat. How can you not admire that? (BaoBao, I think.)

Last summer, I traveled with a friend to Washington, D.C., to see pandas at the National Zoo. I remember pulling into the parking lot, almost crying because I was so excited that I was about to see a panda for the first time in my life. And when I finally got to see one… END_OF_DOCUMENT_TOKEN_TO_BE_REPLACED

Real talk time, folks. This post is highly personal since it’s something I struggle with. If my writing occasionally sounds gritty or harsh, a lot of it is frustration with my own failure and how that failure has contributed to the Angry Christian label we all carry to some extent. I’m human, of course, so I know I will never be perfect. At the same time, though, I know I can be better. END_OF_DOCUMENT_TOKEN_TO_BE_REPLACED

I had stumbled upon the comments section (dear heavens, save us all) from a crowd-sourcing page for a woman fighting cancer. The woman’s story was heart-wrenching, but the discussion attached the fundraising for treatment had shifted to the efficacy of naturopathic/homeopathic remedies for cancer. I have plenty of thoughts on that subject, but what was clear from my accidental stalking was that the primary arguers (on either side of the camp for/against scientific medicine over “natural remedies”) were a bit murky on what cancer actually is. They both were describing cancer as though it was a condition or infectious disease—perhaps not contagious, but something that can be fought off like a cold or a flu or something like a broken bone that just needs to be properly set to then heal itself. END_OF_DOCUMENT_TOKEN_TO_BE_REPLACED

Have you ever been to Narnia? I hear you can race on talking horses through wild forests, sail on the Dawn Treader until the ocean water becomes sweet, and perhaps even meet Aslan—who is definitely not a tame lion.

You haven’t been there? Don’t feel bad, I haven’t either. If you ever find a teleporting wardrobe or green/yellow rings, let me know. In the meantime, though, the books will have to suffice—no matter how much I’d like to high-five some of the characters or tell them what an amazing allegory for our real world they are. END_OF_DOCUMENT_TOKEN_TO_BE_REPLACED